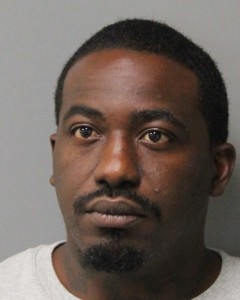 MILLSBORO, Del.- Delaware State Police said a 31-year-old, Millsboro man, is facing a slew of charges after a traffic stop led to the discovery of drugs and a weapon Saturday evening.

We are told when police were doing the traffic stop they smelled an odor of marijuana coming from the car.

Police searched the car and found approximately 56.37 grams of marijuana, 364 bags of heroin, a Smith and Wesson M&P45 loaded with 4 rounds and one in the chamber, a box of .223 Remington AR-15 rounds, and drug paraphernalia.

Thomas was taken into custody without incident and is now facing charges that include possession of a firearm, possession with intent to deliver a controlled substance, possession of drug paraphernalia, and failure to have two head lamps.

Thomas was arraigned before the Justice of the Peace Court and committed to the Sussex Correctional Institution on $130700.00 cash only bond.