Man robbed of cash and personal belongings in Dover 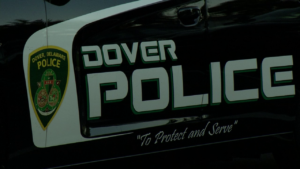 DOVER, Del– On Friday Dover Police investigated a robbery that occurred behind a house in the 300 Block of West Water Street.

Police say a 56-year-old man was standing next to his vehicle when he was approached by another individual with a handgun who demanded his belongings.

The man complied and the other individual ran with an unknown amount of cash and personal belongings.

The investigation is ongoing and anyone with information is asked to contact the Dover Police Department at (302)736-7130. Callers may remain anonymous.

Tips may also be submitted to law enforcement through Delaware Crime Stoppers at 800-TIP-3333 or online at delaware.crimestoppersweb.com; a cash reward of up to $1,000 is possible for information leading to an arrest.