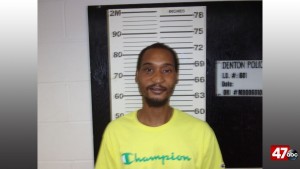 Denton, MD – Police arrested a suspect wanted for a July 1st Caroline County murder on the morning of July 30 in New Jersey.

U.S. Marshals say they found 33-year-old Jamaine V. Cheers in the 2800 block of the Boardwalk in Atlantic City before noon.

Authorities had been looking for Cheers since July 2nd when 30-year-old James Wilmer died from his injuries after getting shot the day before.

On July 1st police say they were called to the area of High Street and 4th Street where they found Wilmer lying on the ground suffering from a gunshot wound after a large group dispersed.

Cheers faces charges like 1st and 2nd degree murder, first- and second-degree assault, use of a firearm in a felony or violent crime, and more.