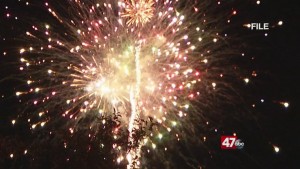 FELTON, Del. – An 18-year-old woman is recovering after she was hit by fireworks on Saturday night and injured.

The Fire Marshal’s Office says the woman sustained second and third degree burns to her lower extremities after she was hit by sparks from a firework commonly referred to as a fountain. The firework was apparently lit by another person and then knocked over, spraying the victim.

It all happened at an area near the 300 block of Cattle Drive in the Rosewood Farms development.

The victim was transported to a local hospital and is listed in stable condition.