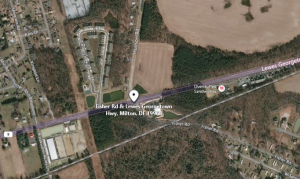 MILTON, Del. – Delaware State Police are investigating after they say two people were injured in a pedestrian-involved crash.

The accident happened on Sunday around 5:24 p.m., when police say a Volvo was driving on Fisher Road rounding a curve. Two women were walking on the side of the road, one of them on the asphalt and another in the grass, when the Volvo struck the women walking on the road. It’s unclear if the car struck the second female, or if she was hit by the other pedestrian after the initial impact.

The driver of the Volvo, a 63-year-old man, was properly restrained and was not injured.