One dead after pedestrian-involved crash in Milford 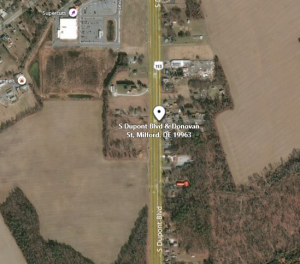 MILFORD, Del. – One person is dead after an early morning crash on Dupont Blvd. in Milford.

Police say the accident happened just after 2:00 on Friday morning, when a 2007 Freightliner tractor was traveling north on the road. Police say a 41-year-old man from Lincoln stepped onto the highway directly into the path of truck, and the driver was unable to avoid hitting them. The 41-year-old was pronounced dead at the scene.

The driver, a 65-year-old man, was not injured in the crash.

North Dupont Blvd. was closed for approximately four hours in the area of Donovan Street while the crash was investigated. The crash still remains under investigation.