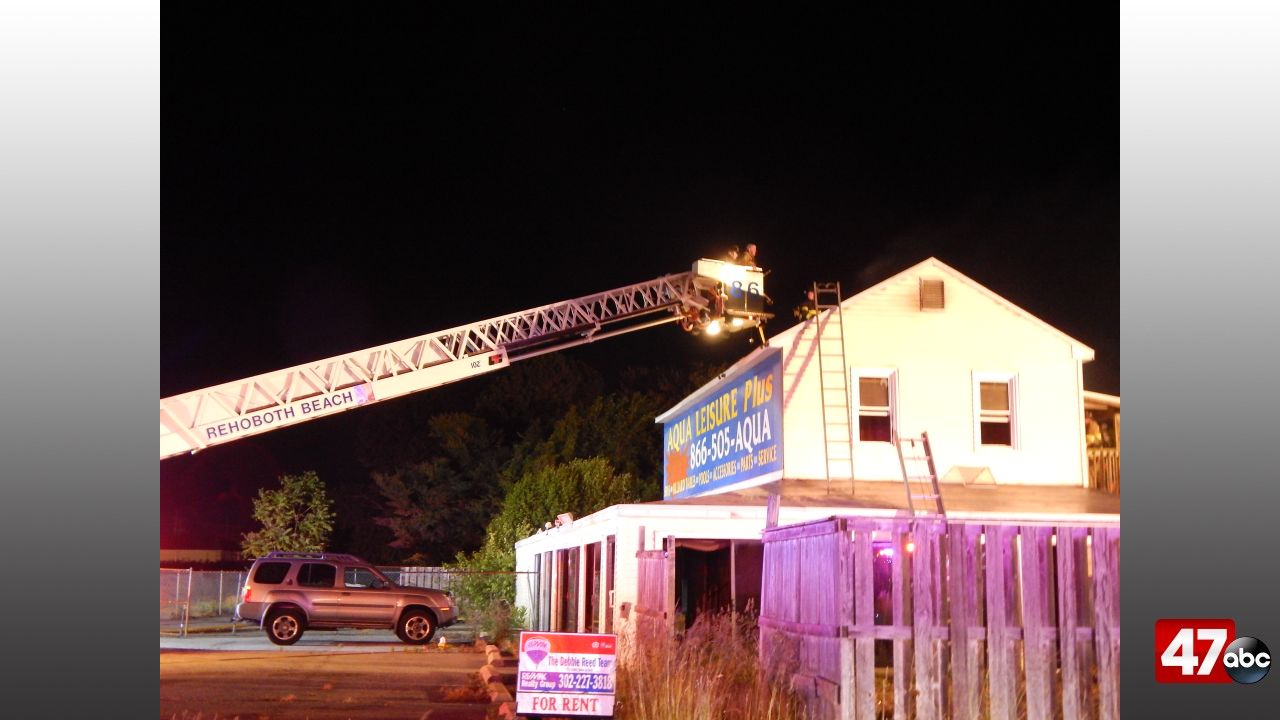 REHOBOTH BEACH, Del. – Delaware Fire Marshals have determined that the fire that broke out at the former Aqua Leisure business early Wednesday morning was intentionally set.

Just after 12:30 a.m., firefighters responded to the blaze in the 35000 block of Wolf Neck Road. The Rehoboth Beach Volunteer Fire Company and mutual aid fire companies responded to the scene. We’re told crews were on the scene until 4 a.m. controlling the blaze.

Fire damage has been estimated at $200,000. No injuries or occupants were reported.

Anyone with information on this fire is asked to contact the State Fire Marshal’s Office Sussex Division at 302-856-5600 or Delaware Crime Stoppers at 1-800-TIP-3333.