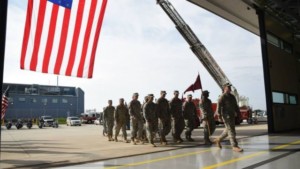 DELAWARE – Governor John Carney will not be deploying Delaware’s National Guardsmen, after the federal government requested state’s send their members to assist with protests in the nation’s capitol.

In a statement, a spokesperson for the Governor said, “The mission of our Guardsmen was not at all clear. Sending members out of state also limits the Guard’s ability to manage situations in Delaware – including their current role in our Covid-19 response.”

The spokesperson went on to write, “And frankly, the rhetoric out of the White House seemed like it had the potential to provoke additional unrest.”

Maryland’s Governor Larry Hogan did agree to deploy guardsmen to the capitol, but apparently only to assist in defending statues.