BREAKING: Dover Mayor rescinds curfew amid protests in the city 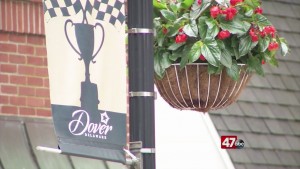 DOVER, Del. – Dover Mayor Robin Christiansen on Saturday rescinded a curfew that was put into place in the city on May 31.

In a declaration, the mayor wrote that the city supports the right for all citizens to peacefully protest. The declaration said the mayor took information from the city’s police chief and local businesses, and decided it was in the best interest of the city to lift the curfew.

The curfew was previously in effect every day from 9 p.m. until 6 a.m. On Friday, the ACLU called for the mayor to rescind the curfew, saying “Curfews cannot be enacted to thwart free speech, nor can they continue when there is no true emergency.”