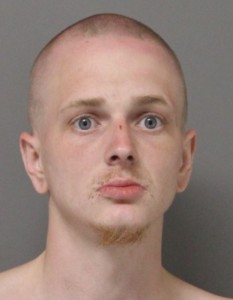 LAUREL, Del. – A Delaware man is facing charges after police say he walked around a neighborhood holding what appeared to be a rifle, but turned out to be a BB gun.

Police say on Friday just after 2:30 p.m., they responded to Whaleys Way in Laurel after a 17-year-old female says she saw a man, identified as 24-year-old Gideon Sisk, standing in her driveway talking to her dog.

The woman said when she told Sisk to leave, he got what appeared to be a rifle.

The victim apparently called police, and then left the scene with a friend.  As police were responding, another resident called 911, reporting the same man carrying a rifle through down the road.

Police say they found Sisk walking along a wooded area and determined the weapon was a BB gun. He was arrested without incident, and faces charges of aggravated menacing.