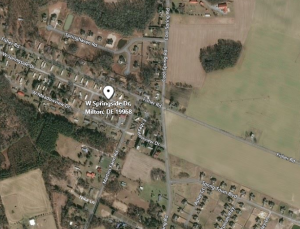 MILTON, Del. – police are investigating after they say an empty car and a home were struck by gunfire on Saturday.

Police say it happened just before noon on the 28000 block of West Springside Drive in Milton, but people say they actually heard gunfire the night before around 8:30.

Two men live in the home that was struck – aged 51 and 76. Neither male was injured.

Police say this is an ongoing investigation and anyone with any information should contact Delaware State Police at 302-856-5850.