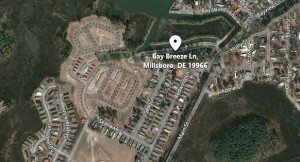 Police say on Saturday night, a Dominos delivery driver was robbed around 10:18 p.m. on the 35000 block of Bay Breeze Lane. Police say when they responded to the area, a 56-year-old female delivery driver told police she was making a delivery when she was approached from behind and grabbed by two men. The victim says the two men took her cell phone, cash, and her vehicle, which was later found in a nearby parking lot.

There was no description of the suspects other than one being a tall male, and the other being a short male. The victim was not injured.

Police are now asking anyone with information to contact Delaware State Police at 302-752-3794.