The story of Frederick Douglass and how he got his birthday

And to tell us how this all came to be, we had author and historian, Jim Duffy on the desk with 47 ABC’s Erica Murphy, to give us the details on the loving story.

Duffy says that at a young age, Douglass moved from Tuckahoe Creek to Wye Plantation. He explains that this was hard for the young Douglass because he was loved Tuckahoe Creek.

Duffy then says while at the plantation he really has a tough time, until his mother, who he barely knew, shows up and saves him from a really bad situation.

The story ends with Duffy saying that Douglass cherished the day for the rest of his life and that day was actually, February 14th, Valentine’s Day.

Duffy says this was the reason why Douglass chose to celebrate his his birthday on February 14th. If you didn’t know, because Douglass was born into slavery, he had no accurate knowledge of his birthday. 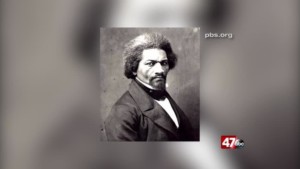 The Harlem Globetrotters will be charging their way to the Wicomico Civic Center!