Opioid prescriptions down 22% in Maryland 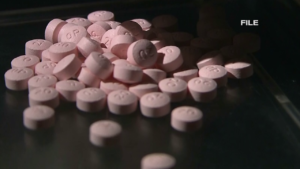 SALISBURY, Md. – Governor Larry Hogan announced that the state saw a 22% decrease in opioid prescriptions since 2017.

Hogan’s administration says the decrease is partly because of a prescription monitoring program that allows doctors to see what prescriptions are being made and how often.

In Wicomico County, doctors say knowing that and a patient’s history is instrumental in being able to provide them the safest care.

“We’ve introduced a lot of non-narcotic alternatives to our treatment plans, physical therapy, for example, modality such as cold and warm therapy, mobility, all of those things, plus staying in the hospital a shorter period of time,” Dr. Chris Snyder with PRMC said.

Governor Hogan’s administration says since 2017, the number of opioid prescriptions in the state dropped from nearly 3.7 million to about 2.8 million in 2019.