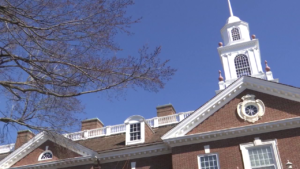 Jordan apparently made the comments saying that some people were Jewish “in name only” back in December, and now others are also calling her for resignation.

Local lawmakers say that, like a recent homophobic comment by Chris Rowe, Jordan’s comments do not reflect the party’s views.

47 ABC spoke with Representative Jeff Spiegelman on Thursday, who released a statement on Facebook condemning the comments.

Spiegelman tells 47 ABC that Jordan’s comments served no purpose, but he’s even more distraught over her apparent lack of apology.

Spiegelman also tells 47 ABC that Rowe’s comments are also concerning, and that he believes it’s the GOP’s duty to handle situations like this.

Several other lawmakers have reacted to both Rowe’s and Jordan’s comments, many of them taking to Facebook to reject the language both chose to use.