Hometown hero passes away after fight with cancer 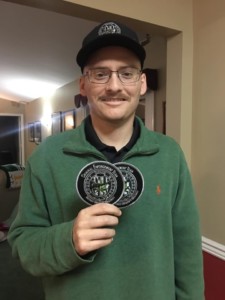 Back in February, the 22-year-old was diagnosed with Ewing Sarcoma, which is a rare form of bone cancer.

Wiersberg was a hometown hero to many, and throughout his time fighting the community rallied behind him raising money and supporting him every step of the way.

In August, Wiersberg returned back to work with the Fruitland Police Department, but after struggling with more health complications, Wiersberg requested to come home from the hospital, something his fellow officers made happen with a homecoming escort on Jan. 10.

47ABC was told information regarding his final arrangements will be announced at a later time.