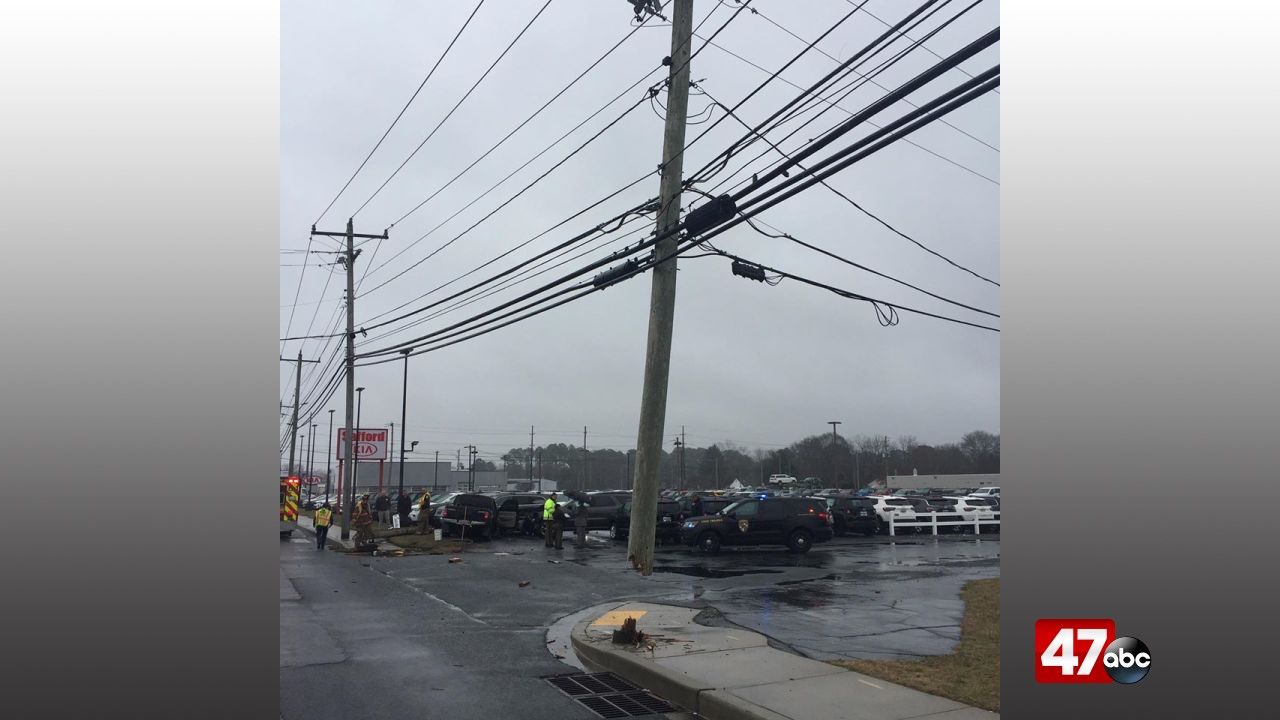 SALISBURY, Md. – A Berlin man was arrested after he crashed into multiple cars on a Salisbury car dealership lot Tuesday afternoon.

Maryland State Police say the accident happened at around 1:15 p.m., on Route 13 and Pine Way. Upon arrival, troopers found a black Toyota Tacoma with front end damage in the Safford Kia parking lot.

As police were investigating, the driver, 33-year-old Kevin Harris, admitted to being under the influence of a controlled dangerous substance at the time of the crash. Harris allegedly told police that he fell asleep, and as a result, his truck left the roadway and hit a utility pole before continuing into the dealership lot and hitting multiple vehicles for sale on the lot.

Evidence of controlled substance use was found inside the vehicle, and Harris was subsequently arrested for the traffic and CDS offenses. He was taken to PRMC for treatment and submitted to an evidentiary blood test. He also reportedly told police that he was arrested by the Worcester County Sheriff’s Office last week for a DUI-related offense.

We’re told that the estimated damage to the cars on the lot at Safford Kia is $225,000.

Pets on the Plaza: Meet Chica

Relief grant in Wicomico for hotels and motels