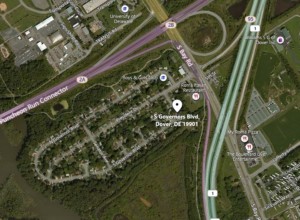 DOVER, Del. – Delaware State Police are investigating a shooting that happened Friday night on the 200 block of South Governor’s Boulevard.

Police say they began investigating after a 39-year-old female was inside of her vehicle around 9:15 p.m. when she heard multiple gunshots.

That victim was shot in the upper torso and was transported to Bayhealth Kent General Hospital where she was being treated for her injuries.

Police say there was no description of the suspect of known motive of the shooting, and they continue to investigate.