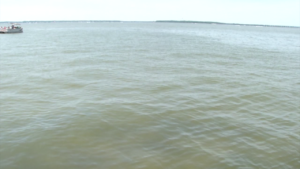 OCEAN CITY, Md. – A recent House vote banned offshore drilling, and now some groups on the Eastern Shore are celebrating.

The House voted on the issue on Wednesday, but two local groups, Assateague Coastal Trust and Oceana, have been rallying against offshore drilling for weeks.

The two groups say the practice would pose an extreme threat to waters here on the Eastern Shore, which, of course bring in big money on Delmarva.

“People here in Maryland have been really focused on this issue, and the fact that this bill passed with bipartisan support is just another clear signal that we want our members of Congress to take action,” Jacob Ross, with Oceana, said.

Oceana says this vote is proof that when citizens speak up, their voices are heard.

Warrant: FedEx driver accused of killing 7-year-old in Texas confessed to strangling her after hitting her with van

HALO Ministries in need of food donations amid the holiday season