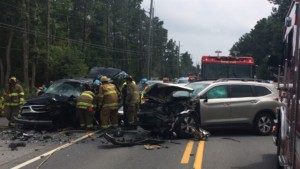 According to the Delaware State Police 79-year-old Gene E. Crone, of Rehoboth Beach, passed away as a result of injuries sustained during the accident on Friday, August 16.

The crash happened north of John J. Williams Highway (SR 24) on Indian Mission Road (SR 5) in Long Neck at around 12:45 P.M. Crone was driving the Explorer and police say was not properly restrained at the time of the collision. The 79-year-old was taken to Christiana Hospital immediately after the accident where he succumbed to his injuries.