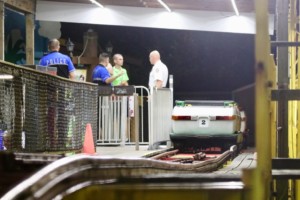 It happened at around 8:20 p.m. on the Wild Cat Coaster at the Jolly Roger Amusement Park on 30th Street.

Police say one of the roller coaster cars failed to stop as it was pulling into the loading area and struck the rear of another car that was loaded with passengers. There were five people in the car that was stationary, four juveniles and one adult.

There is no word yet on what caused the roller coaster to malfunction.

The Latest: Fauci says more 'pain and suffering' still ahead