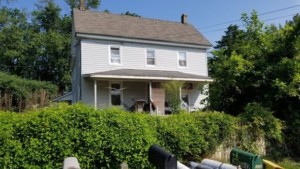 DENTON, Md. – The Maryland State Fire Marshal says two teens were arrested after they set fire to a man’s clothing, on Wednesday.

Officials say the incident happened at a home in the 10,000 block of River Landing Road, around 6 a.m. The Denton Fire Company was dispatched for a reported odor of gas. Firefighters found “fire damaged remnants of clothing” in the home’s yard.

Investigators determined that 18 year-old James Hughes III, and a 17-year-old male juvenile intentionally set fire to Leonard Lau’s clothing. It’s not clear if Lau was wearing the clothing when this happened or if he was injured.

Both Hughes and the juvenile are charged with 2nd Degree Malicious Burning, Four Counts of Reckless Endangerment, and Malicious Destruction of Property under $1,000.

They both face a maximum of over 21 years and/or $21,000 in fines if found guilty of all the charges. Hughes III was released on a $5,000.00 unsecured bond. The juvenile was referred to the Department of Juvenile Services and released to the custody of his guardian.