The Mystery Behind Twilight

Now that we are in spring, our sunsets are later and sunrises are earlier, but also our dawns and dusks. This blog will explore the concept of twilight and its various types. 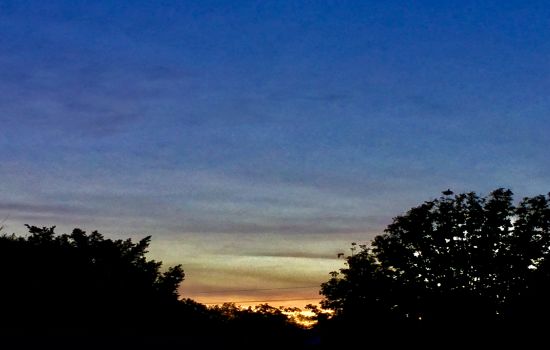 Twilight is the period between daytime and nighttime. This occurs when the sun is below the horizon, but the sun’s rays are scattered in the upper atmosphere of the earth, which illuminate the lower atmosphere. Morning twilight is referred to as dawn, while evening twilight is dusk. 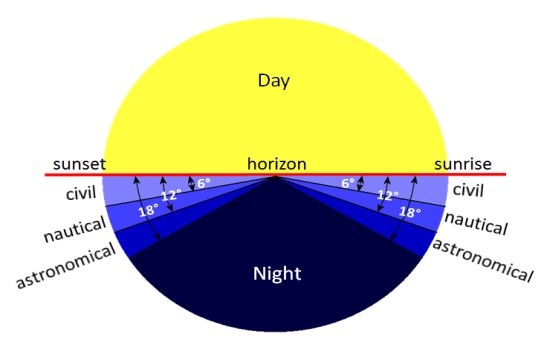 Twilight is actually categorized into 3 types: civil, nautical and astronomical. The 1st is civil twilight which is when the sun is less than 6° below the horizon. This is the brightest type of twilight, where artificial light is not required for outdoor activities. Only the brightest stars and planets appear in this period. The 2nd type is nautical, which is when the sun is between 6° to 12° below the horizon. Artificial light is usually required by this point. This is also the moment that sailors would use the stars to navigate the seas, thus being named “nautical”. The 3rd  and final type of twilight is astronomical, this occurs when the sun is between 12° and 18° below the horizon. When the sky glow officially fades, this is when night officially begins or vice versa. This stage could also be the most difficult to view in large cities, due to light pollution, which would make an observer think it’s officially night when it’s not. 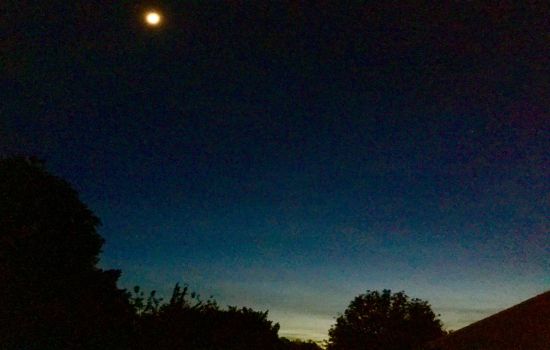 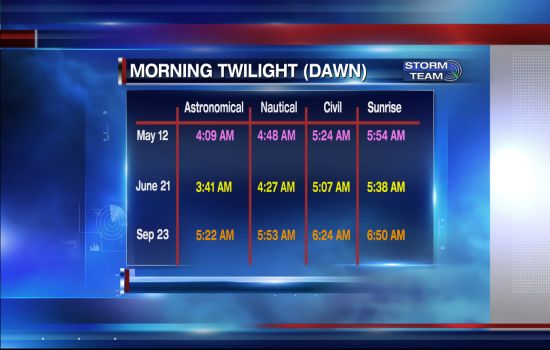 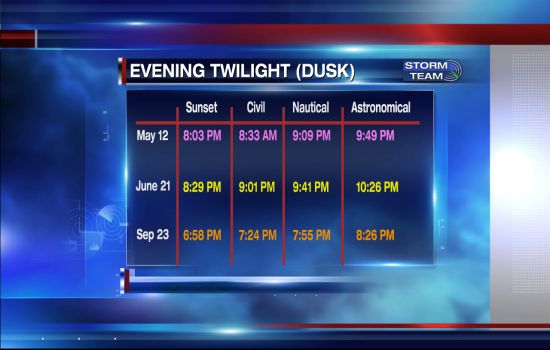 As you head out to look at those marvelous sunrises and sunsets on Delmarva during these next few months, you might want to check them out for a little longer to enjoy the process from day to night or vice versa. Make sure to capture them and send those weather pictures to weather@47abc.com.