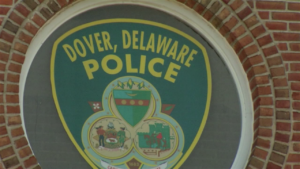 DOVER, Del. – The Dover Police Department could be hiring up to ten new officers, which is about double the number they typically add every 6 to 8 months.

A Police Spokesman says that the number of openings spiked when a few officers, already with the department, retired or left for other opportunities.

“The potential for new officers working for the Dover Police Department, that number could be as high as 10… while there’s a lot of factors that need to be determined before we figure out the final number, that’s about 10% of our police department,” M-Cpl. Mark Hoffman, Public Information Officer for the Dover Police Department said.  “So that’s a lot of new officers coming on board, a lot of new faces.”

The process to become a Dover Police officer starts with a physical exam and a written application. From there, qualified applicants move on to the next stage, which includes interviews with staff members and the Chief.

Bridgeville crash claims life of one, injures another