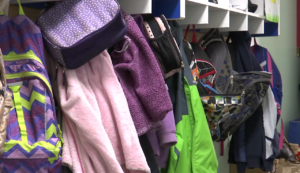 SALISBURY, Md. – “Child care is actually one of if not the most expensive, monthly expenses families have here on the lower eastern shore, “said United Way Lower Shore president, CEO, Pam Gregory.

It’s no surprise that when you put your child in daycare, the amount you pay for those services can sometimes be overwhelming.

“For many families it exceeds $1,000  or more especially when there’s more or one child,” said Gregory.

For families here on the eastern shore, officials tell us paying for child care is more expensive than paying for their housing. To help ease that burden, members of the General Assembly are stepping up to the plate. By passing a nearly unanimous bill that would expand the number of residents who can receive tax credits to help pay for child care.

“The expansion of the childcare tax credit is going to be very beneficial for a number of families,” Gregory said.

Officials say the size of the credit will vary between $350 to $800, depending on how many kids a family has and the family’s income. The bill would also expand the credits to residents who make more than $50,000 but less than $143,000. According to officials, that change is huge to families across the eastern shore including Wicomioc County. Where the median family income is $54,000.

“That brings a lot more families to the table that can really take advantage of using this for their daycare costs,” said Stepping Stones Academy administrator

And although the bill won’t solve every problem regarding costs for childcare, many say it’s at least a step in the right direction.

“If you don’t have both parents working it’s a struggle and how can both parents be working if they don’t’ have anywhere that they feel confident and feel that their children are going to be taken care of,” Ennis Said.

Officials add that by adding that income expansion for families, nearly 111,000 more Marylanders will be eligible for these tax credits.

47 did reach out to Governor Larry Hogan’s office to see if he had plans to sign this bill. But we were told that Governor Hogan has not taken a public position on this piece of legislation, and will instead review it once it reaches his desk.