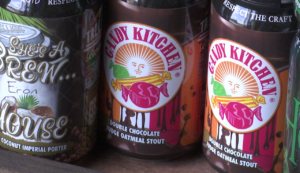 PARSONSBURG, Md. –  In Maryland, local breweries are hoping lawmakers will continue to push for a bill that would give them more freedom. Recently the legislators in the house passed House Bill 1080 unanimously, which would change laws surrounding franchise agreements for breweries. Officials tells us this bill would remove what they call quote restricting laws for breweries that have been put in place since the 70’s. The proposed legislation would allow beer companies to end their contracts with distributors. By giving them 45 days notice instead of 180, and without showing good cause. And brewery owners tell us this a major bill that would give the power back to local breweries.

“It is a massive help to most of the breweries because with the way the legislation had been written before it could be devastating to the brewery,” said Tall Tales Brewing Company owner Jason Hearn.

The bill has now made it’s way to the senate, where legislators are expected to vote on it within the next couple of weeks.