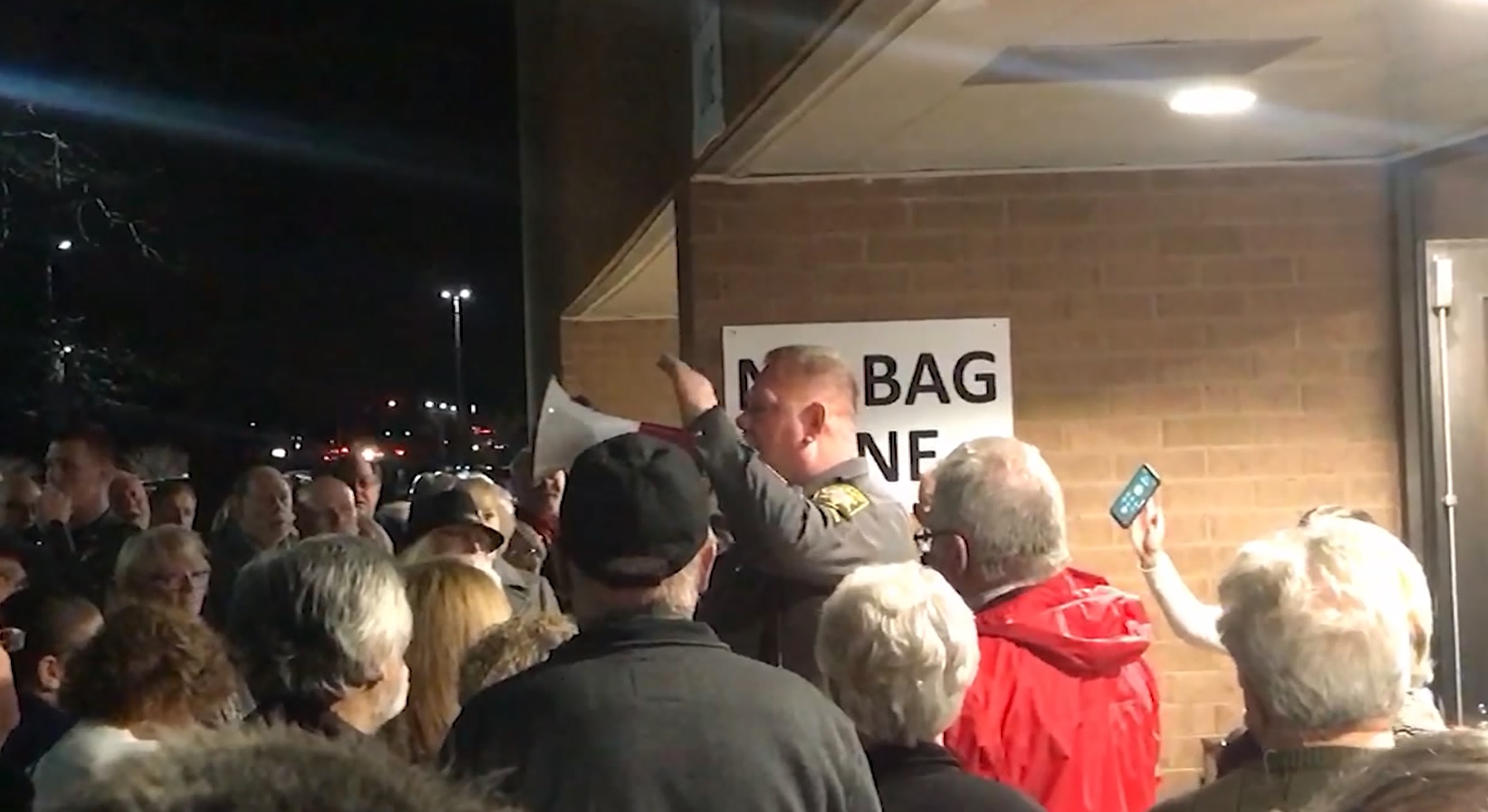 SALISBURY, Md. – There was quite a bit of controversy Thursday night outside of the Wicomico Youth and Civic Center, after concert goers waited outside for roughly an hour for a Jersey Boys concert that never happened.

Calls started pouring into our newsroom at around 8 p.m., from people claiming that no one was being let inside and no one knew what was going on.

Eventually around 8:30 p.m., an hour after the show was supposed to start, a deputy with the Wicomico County Sheriff’s Office used a megaphone to tell everyone the show was canceled due to technical difficulties in the ceiling.

Officials from the Wicomico Youth and Civic Center say the performance of the show will be rescheduled, with a new date being announced as soon as possible. Ticket holders will have the option to keep their tickets to use at the rescheduled show date, or they may request a refund through the Civic Center box office beginning on Monday, April 15th.

Those wishing to receive a refund should either bring their tickets to the box office during regular business hours, Monday through Friday, 9 a.m. to 6 p.m., or mail them in to the Civic Center at 500 Glen Avenue, Salisbury, MD 21804. You are asked to include your name, mailing address, phone number, and email address. You should allow 10-15 business days to receive your refund.

The Civic Center released a statement Friday morning, saying “we apologize to the many customers that were unable to see the Jersey Boys show at the Civic Center last night. During the production load-in, a technical difficulty arose which delayed the start of the show. Every attempt was made to correct the issue but unfortunately it was too late to begin the show once the all-clear was given. We understand the frustration of the many customers who came to the Civic Center last night and left disappointed. You have every right to be upset. We share your disappointment and will do everything in our power to make it right. Once the reschedule date for the show is announced, we will make that available to the public. Refunds will be given to those who want them. Thank you for your understanding in this matter and we apologize for the inconvenience.”