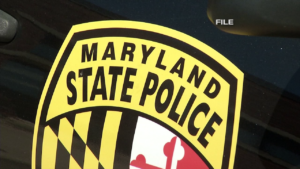 SECRETARY, Md. – A roadway was re-opened after authorities say a tractor trailer was hit by a car in Secretary.

According to the Maryland State Police, the incident happened on Saturday around 6:30 AM on Ryans Run Road and Route 16.

According to police, a car collided with a tractor trailer after crossing the centered line.

Police say alcohol may be a factor in the crash.

Both drivers were taken to a nearby hospital with non-life threatening injuries.