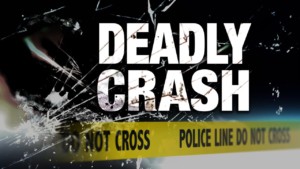 According to reports, the crash happened at 5:44 PM in the area of South DuPont Highway (US 13) and Walnut Shade Road in Dover.

The UPS Truck, driven by 37-year-old Harry J. Lindale from Dover, was forced off the highway into a ditch.

The 44-year-old driving the Ford Flex, identified as Catina Isaacs, was pronounced deceased at the scene. Investigators say Isaacs was not wearing a seatbelt.

Impairment does not appear to be a factor on behalf of any of the drivers involved.

Route 13, in the area of Long Acre Drive, was closed for about four and a half hours while the investigation was completed and the roadway was cleared.

The investigation into the crash is ongoing.

US jobless claims sink to 576,000, a post-COVID low, as layoffs ease with economy improving

Biden announces new sanctions on Russia, expulsion of 10 diplomats, in retaliation for hacking and election interference