Marylanders are crabby over PETA’s vegan billboard in Baltimore 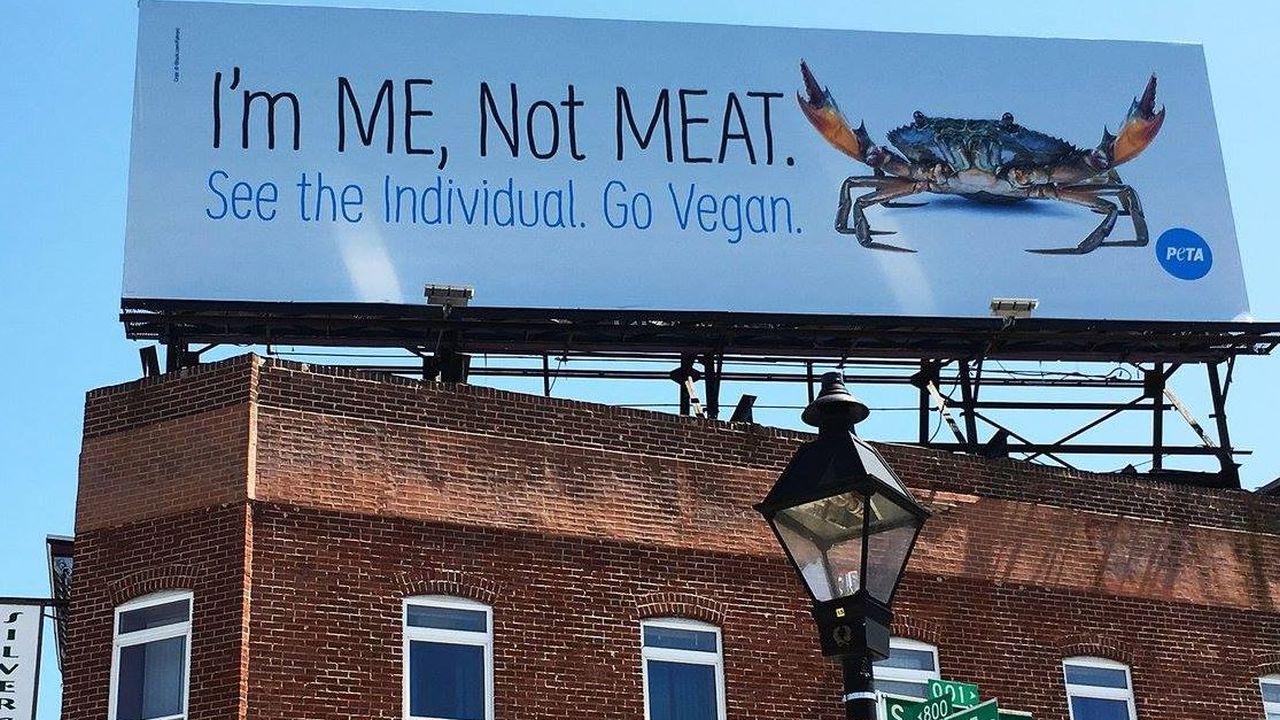 BALTIMORE (AP) – Crab is beloved across Maryland, but not quite in the way PETA would like.

News outlets report the animal rights group has erected a billboard in Baltimore featuring the state crustacean, the blue crab, with the words: “I’m me, not meat.”

Crab enthusiasts shared their reactions to the billboard on Twitter. One restaurant owner said he thought it was “tone deaf.”