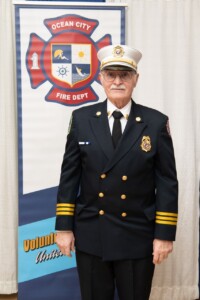 Fisher joined the OCFD in 1993 where her served the town and citizens of Worcester county for many years. During his time with the department he held the ranks of Lieutenant from 1994-1996 and captain from 1996 until 2023.

Prior to his time in Ocean City Fisher had an extensive career in the fire service serving with multiple organizations, including working as an instructor for the Maryland Fire Rescue Institute, and as a master firefight and Hazmat leader with Montgomery County Fire and Rescue.