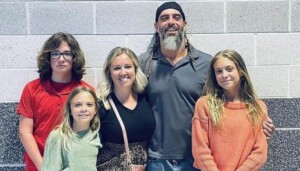 Laurel, DE- Earlier this week we learned of the passing of local professional wrestler Jay Briscoe after being involved in a car crash on Tuesday in Laurel Delaware.

Briscoe whose real name is Jamin Pugh, was a Laurel native and started his career performing in local promotions on the eastern shore.

Today the friends and family of Pugh have launched a GiveSendGo page to help the family with finances after the sudden loss of Jamin.

It should be noted that this is the only fundraiser that has been approved by the Pugh Family, and if anyone is interested in donating they can do so by visiting: givesendgo.com/pughlove