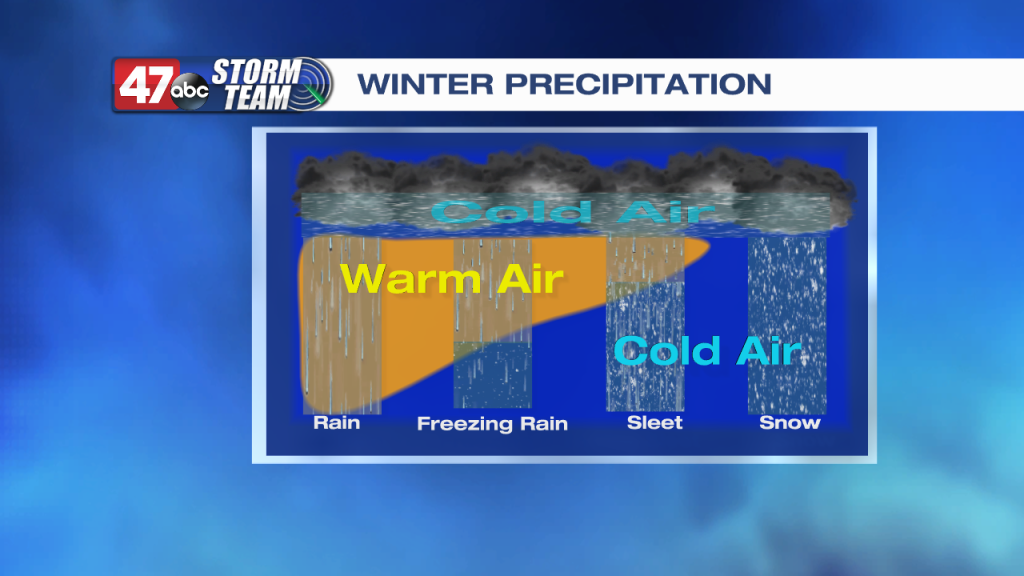 Our recent winter weather special discussed how there is 2 types of snow and how it’s dependent on temperature. This blog will expand on how temperature plays a role on not just snow; but also the other types of winter precipitation. 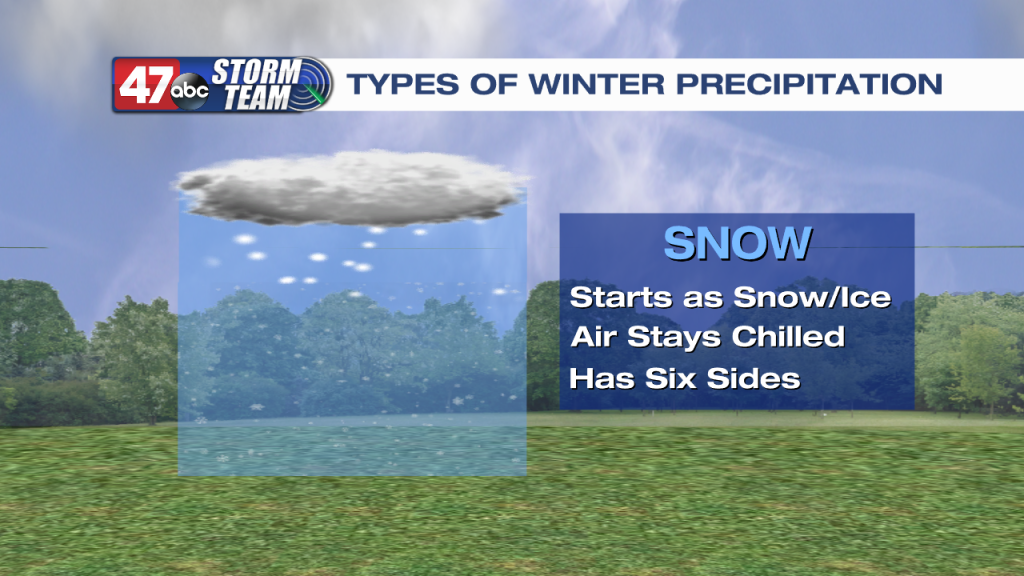 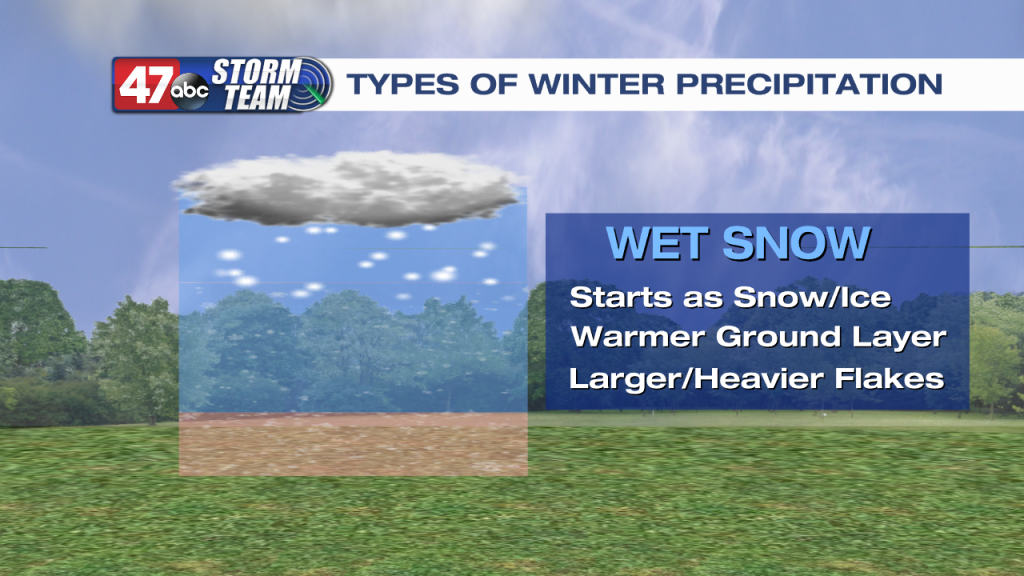 All precipitation across the world starts as snow when falling from the clouds. It’s interaction on how much warm air or not; will determine if it will stay that way or change into something else. Snow happens when the air stays chilled or below freezing from the cloud to the surface and consist of six sides. Wet snow forms when the ground layer is warmer or above freezing, which leads to a partial melt with heavier water content which finishes with larger and heavier flakes. Dry snow develops when snow falls well below freezing and tends to be powdery. The last snowstorm to impact Delmarva was back in late January, where Blizzard Warnings and accumulations of a foot were recorded along the coast. 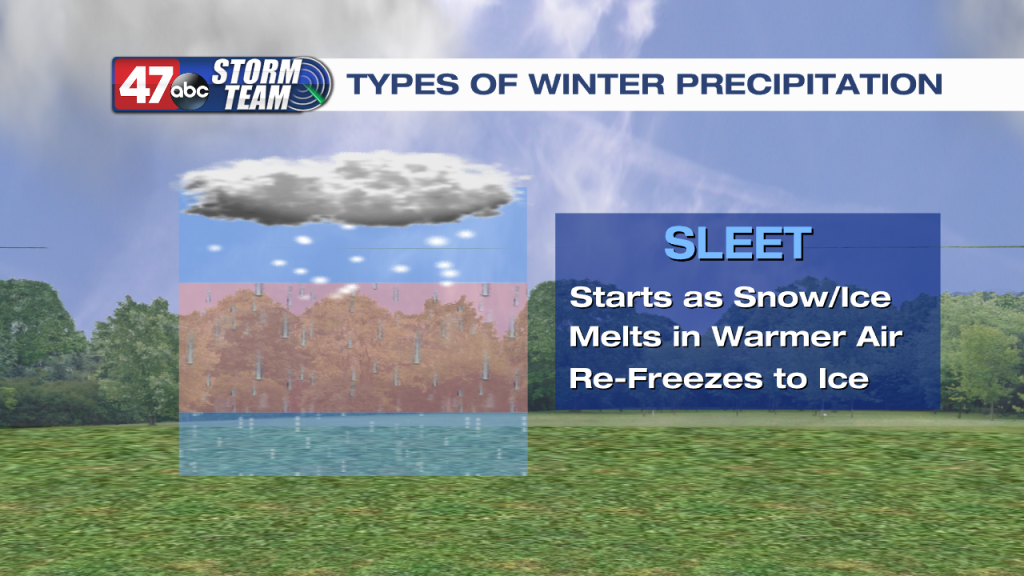 Sleet forms when the snow encounters a shallow layer of warm air causing it to partially melt; but then refreeze while falling in a deep layer of cold air above the surface. They fall as frozen raindrops when making contact on the surface, creating a tapping or pinging sound. A collection of sleet or ice pellets, can make vehicles skid especially on bridges. 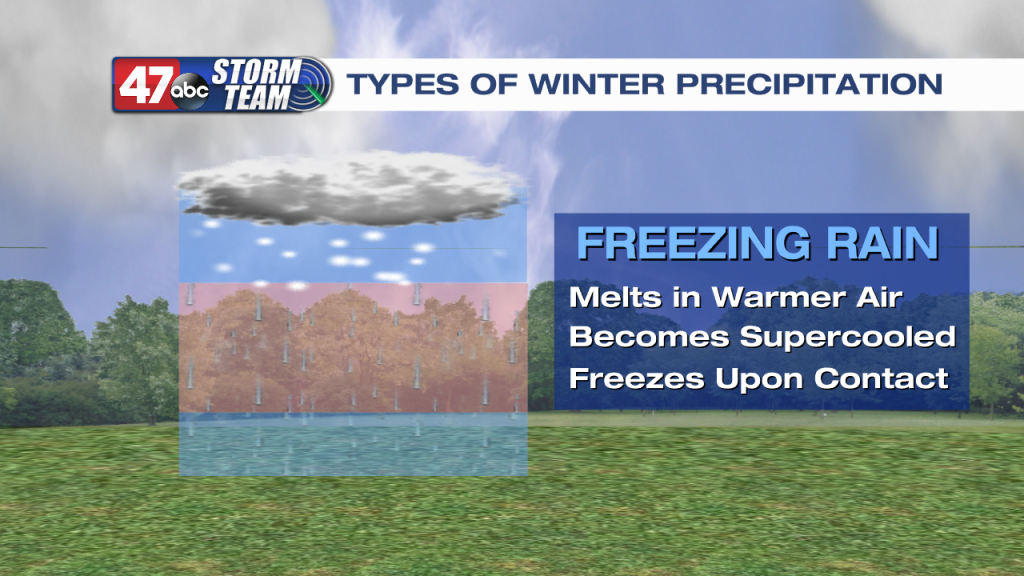 Freezing rain develops when a deep layer of warm air melts the snowflakes into a raindrop but encounters a shallow or thin layer of cold air just above the surface. This causes the supercooled raindrop to freeze on contact with the surface making ice. It’s known to be the most dangerous precipitation type because the ice over trees and power lines, can lead to destruction due to its weight on objects; but also cause dangerous driving & walking conditions on roads and sidewalks. The last ice storm to impact Delmarva was in February 2021, where Ice Storm Warnings were issued for Dorchester County. Lastly, rain forms when the snowflakes melt into liquid raindrops; as it encounters above freezing temperatures all the way down to the surface. 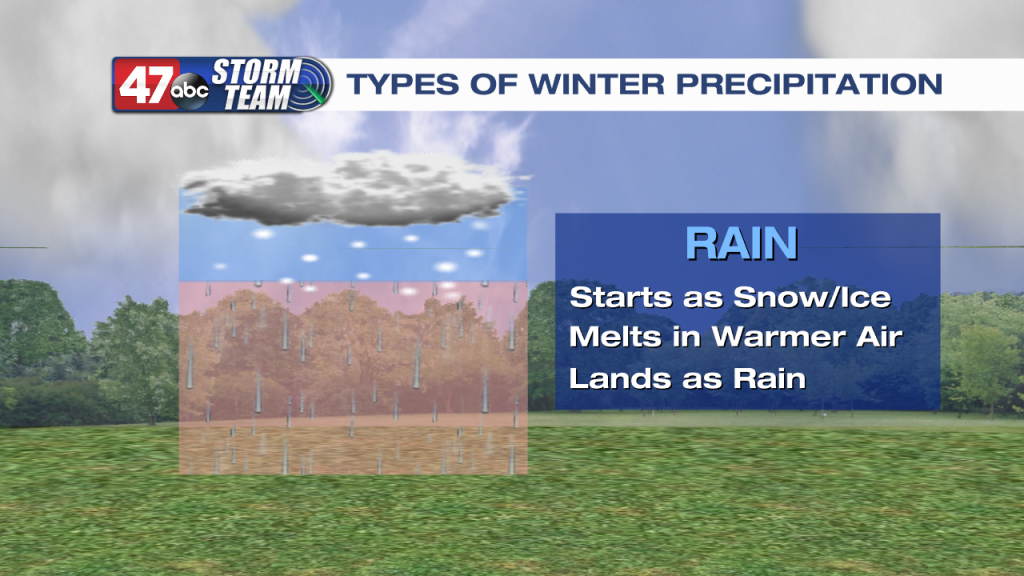