Salisbury’s average snowfall each winter around 10 inches, with a bit more in northern and interior portions of Delmarva, and a bit less along the bay and eastern shore, as well as southern Delmarva. Forecasting how much snow we will get in a given winter is tricky and requires looking at several variables. 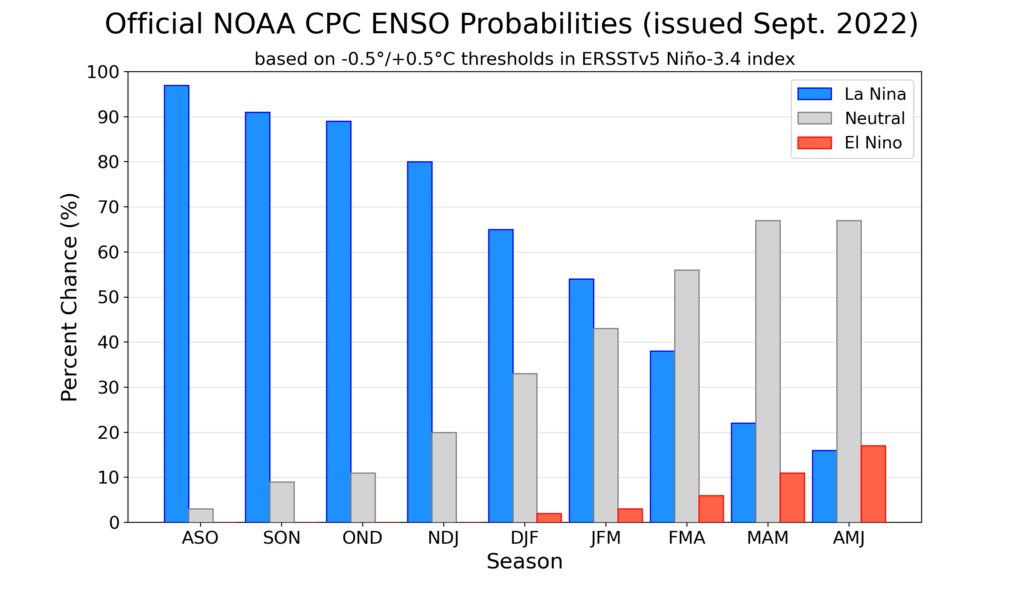 La Nina:
Opposite of it’s counterpart El Nino, La Nina is a climate pattern that occurs when Pacific Ocean water off the west coast cools, forcing the jet stream to move north. This promotes warmer temperatures in the eastern portion of the US. Although long-term trends show signs of a weakening La Nina pattern later in the winter, it’s influence will likely bring Delmarva warmer than average temperatures this winter.

NAOI:
Another variable, that can have a more direct effect on temperatures in Delmarva is The North Atlantic Oscillation Index. This is a pressure pattern that occurs over the North Atlantic Ocean. When in positive phase, the pattern promotes warmer than average temperatures in the eastern US. In a negative phase, the pattern allows for colder than average temperatures. When in an extended negative phase, Arctic air can spill into the eastern third of the U.S. and offset effects of La Nina, at least temporarily. This index is harder to forecast out over the course of an entire season.

Could we get a White Christmas?:
It’s possible…but, not likely! And even when we expect a severe winter, it doesn’t mean our chances are necessarily better. Late December snowfall in Delmarva happens every so often, but the majority of the snow we receive occurs in January and February. Also, timing is a big factor, with a the right set for cold air and precipitation to occur on or just before the 25th.

How much snow will we get this winter?:

The water content in a snowflake can change depending on the airmass in place. This also adds an arbitrary factor to measuring the amount of snowfall, adding another variable to make forecasting snowfall amounts that much trickier. In the final part of this year’s winter weather series (in the video above), we explain the difference in snow consistency and reveal our snowfall forecast for the season!