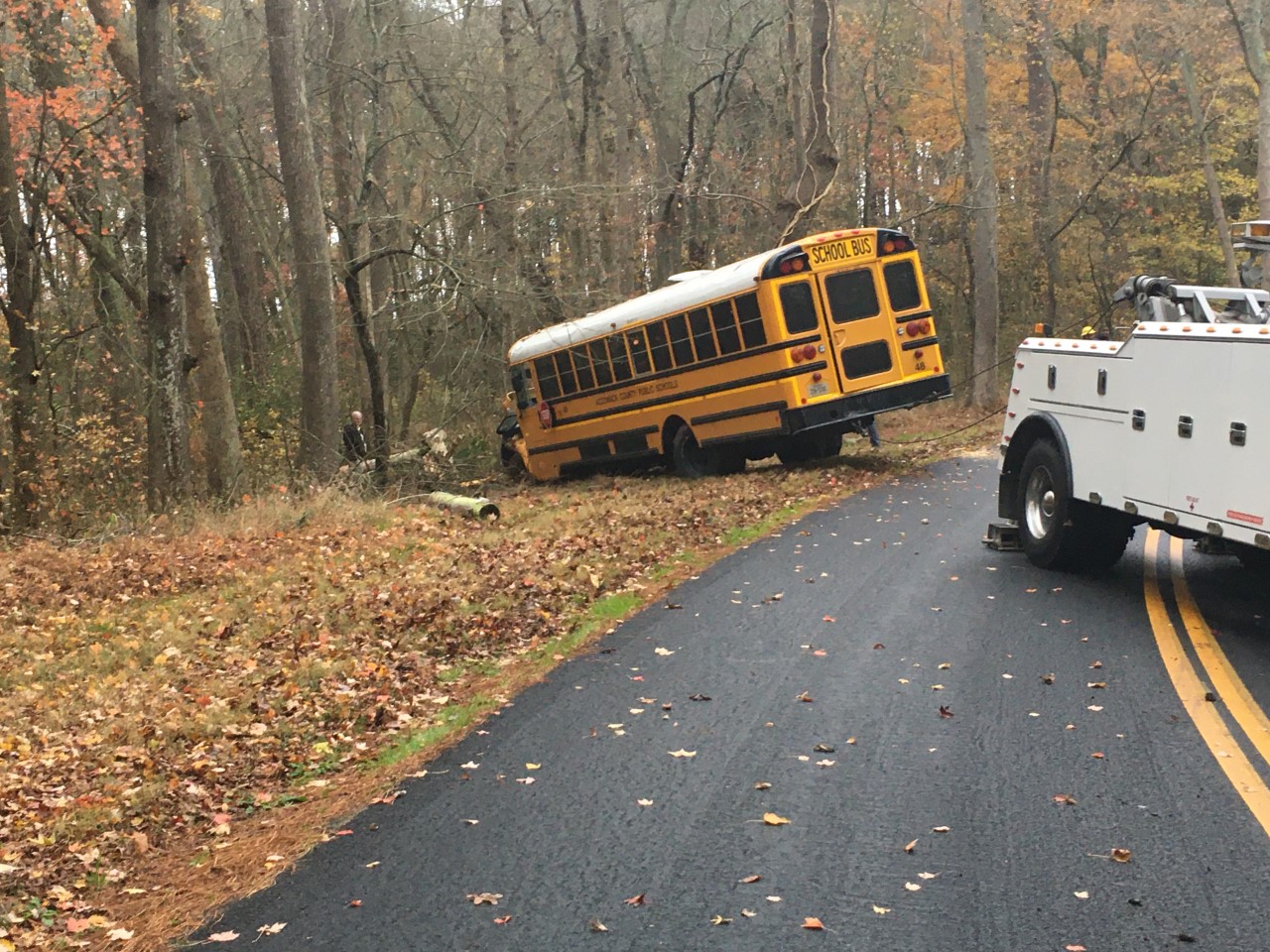 12 p.m. UPDATE: We’re told a total of 14 children ages 5 to 10 were taken to the hospital with non-life threatening injuries.

The bus driver has been charged with reckless driving/failing to maintain proper control.

11:20 a.m. UPDATE: Police say preliminary investigation has revealed that the bus traveling north on Pungoteague Road when the driver experienced a medical emergency, causing the bus to run off the roadway and into a ditch before hitting a power/electrical pole.

We’re told out of the 25 children on board, 7 children ages 5 to 10 were taken to a local hospital. The bus driver, identified as 66-year-old Robert Walker, was also taken to the hospital from the scene.

The bus was transporting children to Pungoteague Elementary School. The road remains closed at this time, and VDOT has established detours in the area.

ACCOMACK CO., Va. – Virginia State Police are currently on scene of a crash involving a school bus in Accomack County.

Details are limited at this time. We’re told the crash occurred on Pungoteague Road just north of Boggs Road in the Pungoteague area. Police say there are children on board with several reports of injuries, but it is unknown at this time the extent of the injuries.

We will be sure to update this article with the latest information as it becomes available.