Weekend Shooting At DSU Sends Two to the Hospital 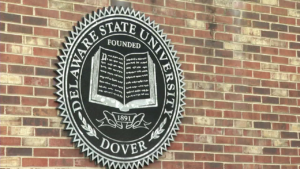 DOVER, De – Over the weekend an incident took place at Delaware State University.

At the time of the incident, not much was revealed, but on Tuesday, September 6th the University held a virtual forum to discuss what took place.

According to DSU’s Chief of Police, Bobbie Cummings, “a gathering was taking place near the basketball courts and the MLK student center, when a suspect, not believed to be a student, fired a weapon into the crowd, hitting several people.”

Cummings said two were sent to the hospital and that police are also looking into a possible robbery.

The university is still recovering and doing everything it can to get to the bottom of the crime.

DSU’s student government president, David Hawkins had this say “it was a very dark period for the university and it has been very quiet ever since as far as student engagement at the moment.”

School president Tony Allen said he has checked in on the two students that went to the hospital and says they are doing better, But still, police are investigating and are urging anyone who saw what happened to call the DSU anonymous tip line at 302-857-79-18