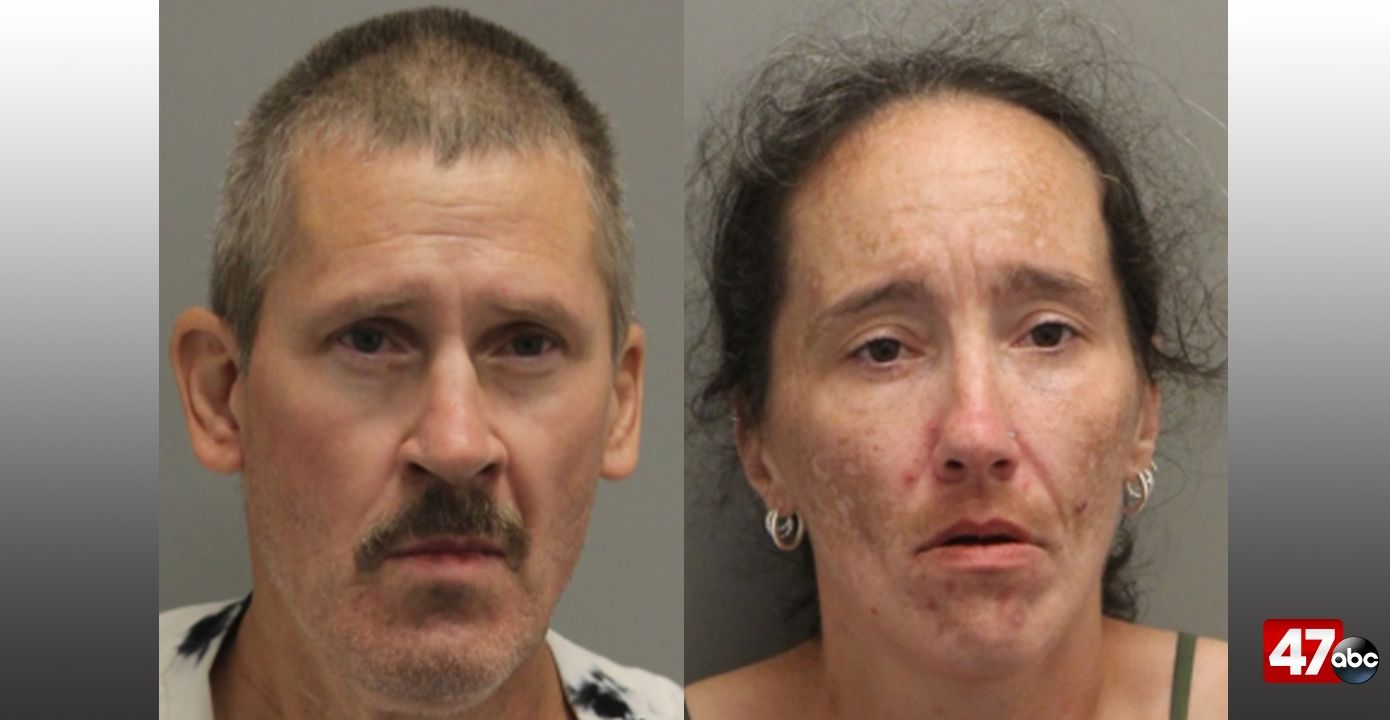 Just before 11:30 p.m., troopers saw 56-year-old Arthur Bentley and 35-year-old Stephanie Evans in a Toyota Sienna van in the area of Millchop Lane and Walnut Shade Road. Both suspects had active capiases and outstanding arrest warrants, and Evans, the driver of the van, had a suspended driver’s license.

A traffic stop was initiated, but the vehicle refused to stop. While fleeing, Bentley was seen discarding suspected narcotics from the passenger side of the vehicle on Barney Jenkins Road. When the vehicle approached the stop sign at Barney Jenkins Road and Upper King Road, Bentley reportedly got out of the van and began to walk away, while Evans continued fleeing in the van.

Bentley initially resisted arrested but troopers were able to take him into custody a short time later. Troopers continued chasing Evans in the van and observed her throwing suspected narcotics from the van. She was eventually taken into custody after getting out of the van and running through a cornfield on Turkey Point Road.

Bentley was held at SCI on a $65,600 cash bond on a list of drug charges, as well as resisting arrest. Evans was charged with numerous drug and traffic violations and was held at the Baylor Women’s Correctional Institution on an $82,100 cash bond.