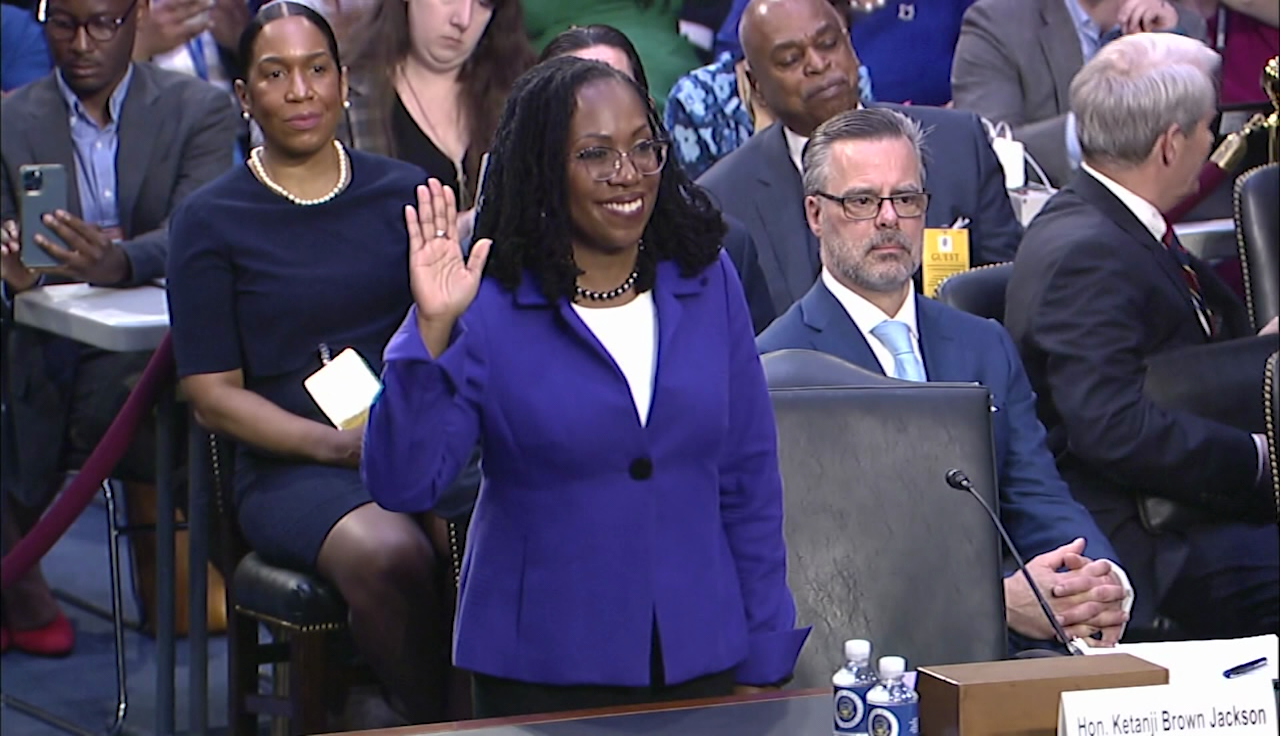 The Senate confirmed Judge Jackson by a 53-47 vote.

“I am filled with pride today to see the confirmation of Judge Ketanji Brown Jackson. Her ability, knowledge, and experience made her uniquely qualified as she takes her seat as the first Black woman on the United States Supreme Court. Her credentials were underscored by the bipartisan vote to confirm her as our next Associate Justice.

“My father once wrote me a note that read, ‘You become what you see, unless you see what you want to become.’ Today – and for years to come – millions of Black girls all across America will look to the highest court in our land and will know what they can become. Our country has already benefited from Judge Ketanji Brown Jackson’s example. Now we will benefit from Justice Ketanji Brown Jackson’s service.”

“With today’s vote, both Judge Ketanji Brown Jackson and the United States Senate made history. I was proud to vote to make her ‘Justice Jackson’ and to participate in this historic moment in our democracy. Over the past few weeks – and throughout her career – Judge Jackson has proven how imminently qualified and prepared she is for this role. Like Marylander Thurgood Marshall before her, Judge Ketanji Brown Jackson is a trailblazer, and I know she will uphold the injunction emblazoned on the entrance to the Supreme Court: ‘Equal Justice Under Law.’”