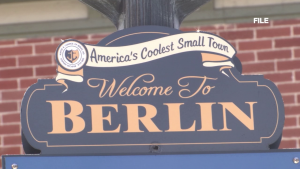 BERLIN, Md. – The Town of Berlin announced steps towards establishing a community center on the historic site of the Flower Street School. Mayor Zack Tyndall tells 47 ABC, in December representatives from the town of Berlin, Worcester County, and members of the Berlin Community Improvement Association and SHORE UP met to discuss plans.

The group is working to combine four adjacent parcels of property on Flower Street. The services offered at the community center are still in the works, but Mayor Tyndall says, they’ve discussed recreational space, community kitchens, educational space, and other ideas.

Although it’s still in the early stages, we’re told it’s slated to be a cultural hub for the town of berlin. “There’s a lot of opportunities here and it’s in an arts and entertainment district. So I’m excited about the project, I know my colleagues on the council are excited, the people that I talk to are excited to see that we’re moving forward,” says Mayor Tyndall. He adds, “I want people to dream big, we can scale it back and maybe phase out the project as needed but at least let’s get all of our ideas on paper, let’s plan for something that can fit today’s needs as well as the future needs of Berlin.”

The Mayor also tells us once the project moves forward after initial planning, there will be an opportunity to raise funds for the community center.