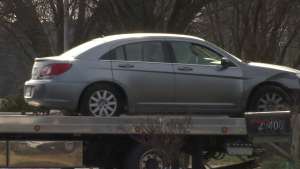 Shortly after 6:15 a.m. this morning, police responded to the 2900 block of Howell Point Road in Trappe for an apparent shooting. Upon their arrival, police found the victim outside of her home suffering from an apparent gunshot wound. Emergency medical service personnel pronounced her deceased on the scene and the cause and manner of death are pending an autopsy. The deceased is identified as Marta Merina, 33, of Trappe, Maryland.

State troopers from the Easton Barrack along with deputies from the Talbot County Sheriff’s Office responded to the scene. The Maryland State Police Homicide Unit is investigating the incident.  Police do not believe there is any threat to the public at this time.

The investigation is continuing and anyone who witnessed this shooting or who may have information about the person responsible is urged to contact the contact Maryland State Police at the Easton Barrack at 410-822-3101, calls may remain confidential.