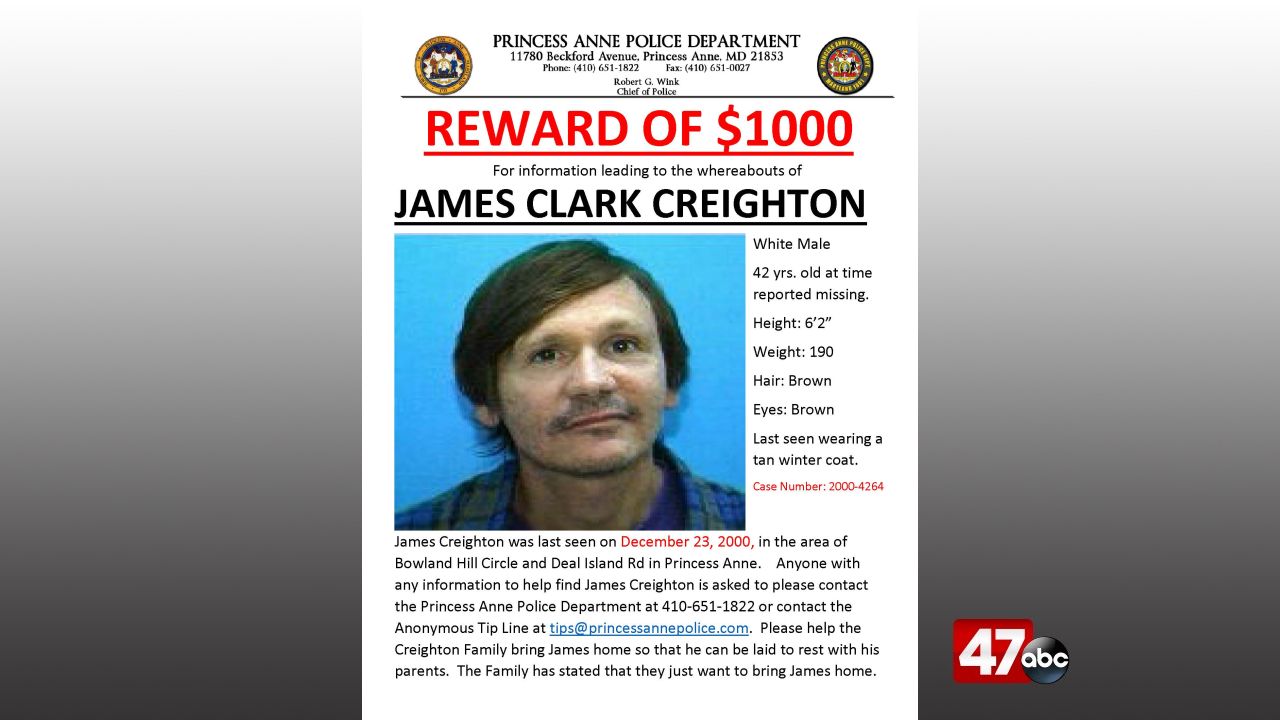 PRINCESS ANNE, Md. – Princess Anne Police are continuing to seek information on a man who has been missing since late 2000.

We’re told James Clark Creighton was last seen on December 23, 2000, in the area of Bowland Hill Circle and Deal Island Road in Princess Anne. He was 42-years-old at the time he was reported missing and was last seen wearing a tan winter coat.

There is a $1,000 reward for anyone with information leading to the whereabouts of James Creighton. Police say the family just wants to bring James home so he can be laid to rest with his parents.

Anyone with information is urged to contact the Princess Anne Police Department at 410-651-1822 or email the Anonymous Tip Line at tips@princessannepolice.com.