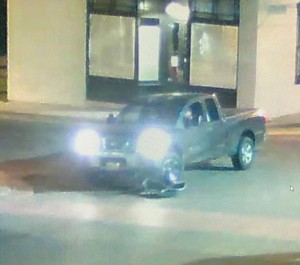 SNOW HILL, Md. – Snow Hill Police are asking the community for help in identifying a truck after a late-night hit and run.

We’re told, Thursday around midnight, a truck hit a couple of street signs on Church street and ran over a curb on Market street near the Franklin Street intersection. Police say the truck may have damage to the front, and potentially a flattened trash can.

The unidentified driver did not stop and report the damage and left before law enforcement’s arrival. The truck appears to be a Nissan pick-up with an unknown registration.

Police ask community members if they know or have information on either the driver or vehicle, to contact the Snow Hill PD at (410)-632-2444.