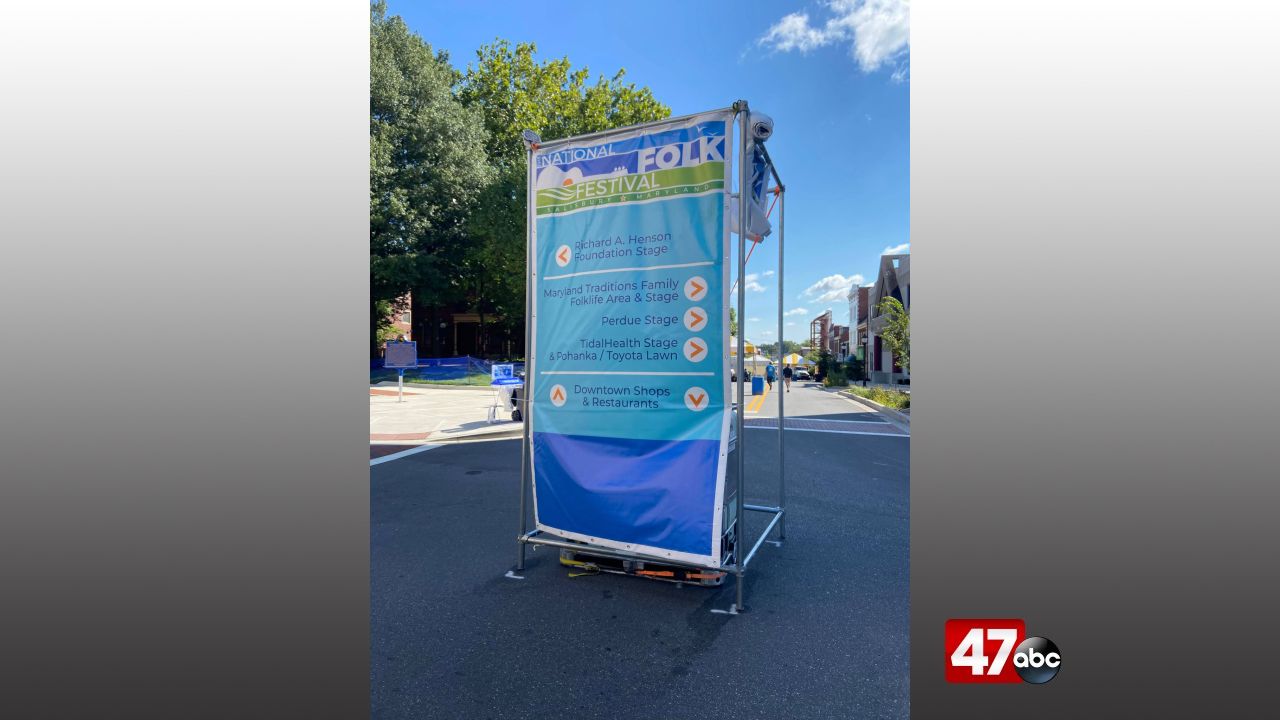 The results come from the Festival Economic Impact Study conducted by the Business and Economic Community Outreach Network (BEACON) at Salisbury University.

The event, held September 10th through 12th in Downtown Salisbury, saw about 91,000 attendees. This year’s event marked the third year of the festival’s residency in Salisbury, as well as a signature moment in the city’s recovery from the economic upheaval of the pandemic and welcoming of audiences to enjoy the recently completed revitalization projects throughout Downtown.

We’re told the $19.8 million in total long-term economic impact refers to the amount of ‘new’ money that has been infused into Salisbury’s local economy as a direct result of the festival through the spending of visitors, vendors, and performers. The study also suggests that of the festival’s 91,000 attendees, 35,000 traveled to Salisbury from outside the area, making up about 40% of the festival’s total attendance.

“While this year’s in-person festival was different than any National Folk Festival before it due to the global pandemic, the results of the economic impact study suggest how impressive the festival’s effects are, and will continue to be, on Salisbury’s local economy,” shared Mayor Jake Day. “Thank you to the teams at BEACON and Salisbury University for working with us for the third year to conduct this study.”

More than 70% of attendees who traveled to the Salisbury metropolitan area stayed at least one night in the region in a variety of local accommodations, including hotels, rentals, and camping, with others staying with local family and friends. New local spending by those who traveled to the area moves through our local economy, generating downstream economic activity.

The city says over 80% of this year’s festival attendees were repeat visitors from the 79th National Folk Festival, which took place in 2019. Attendees said their reasons for attending the festival including loving the music and arts, leisure, and enjoying the festival atmosphere, as well as supporting the community, diversity, and culture.

BEACON collected online survey responses throughout the festival weekend and created a visitor spending profile based on survey results. Visitors were asked about their favorite activities at the festival, what made their experiences memorable, and what organizers can do to improve the overall festival experience. The city says that 85% of survey responses reported that attending this year’s festival helped them gain an understanding or appreciation of different cultural traditions, which is central to the festival’s mission.

In addition, many festival attendees reportedly took the weekend to also explore everything that the immediate Downtown Salisbury/Wicomico area have to offer. One attendee reported having visited the Zoo, Wildlife Art Museum, EVO Brewery, Blackwater NWR, the Harriet Tubman Historical Park, and a winery, in addition to their time spent at the Folk Festival.