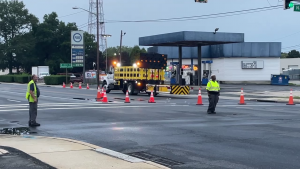 SALISBURY, Md. – A traffic stopping crash turned fatal Tuesday afternoon in Salisbury, shutting down part of route 13. The incident occurred on the overhead bridge, on business route 13 between Bridgeview street and Edgemore Avenue.

All lanes were shut down in both directions in the area of the crash. Meanwhile, the Salisbury Fire Department and other agencies were also on scene. The city is urging travelers to take an alternative route to avoid delays.

The victim is currently unknown, but we will update you when we know more.