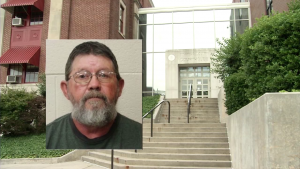 It’s been more than five years since investigators found over 300 dogs living in deplorable conditions at a home in Eden. Friday the case is officially over.

Friday morning the case was dismissed against 66-year-old Robert Murphy. That’s because Murphy was once again found incompetent to stand trial, having suffered a stroke back in 2017. He’s had competency hearings every six months and was never found to be competent. Officials say at this point, legally they had to dismiss the case because of the length of time that has gone by.

Robert wasn’t the only one charged in the crime, his wife Susan also faced charges but accepted a plea deal back in 2019. She was sentenced to 60 days in jail, 10 months at-home detention and three years of supervised probation.