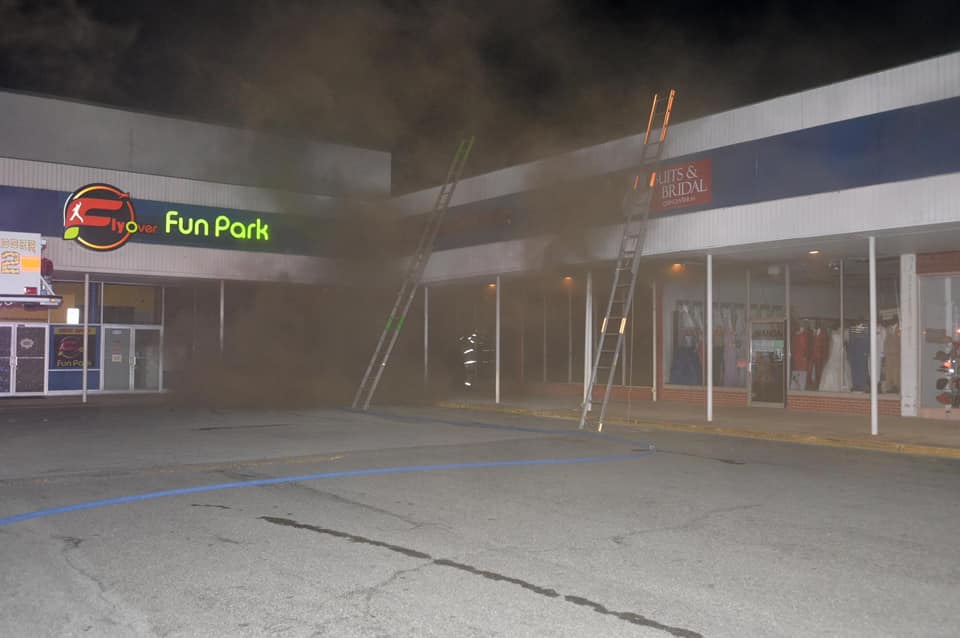 Shortly before 9 p.m., the Camden-Wyoming Fire Company responded to a reported building fire at 1678 S. Governors Avenue, in the Rodney Village Shopping Center. Arriving units found heavy smoke coming from the Rent-A-Center store in the strip mall. A 2nd alarm was struck for the incident, bringing in several neighboring fire companies to assist, as well as Kent County Paramedics.

The fire was placed under control just before 10 p.m.

Deputy State Fire Marshals responded to the scene to investigate the cause of the fire, determining that the fire began above a store closet, above the ceiling, in the Rent-A-Center unit, and was caused by an electrical failure in the fixed branch circuitry.

The fire was contained to Rent-A-Center with smoke and water damage to adjoining units. Damage has been estimated at $50,000. The building was not occupied at the time of the time and no injuries were reported.