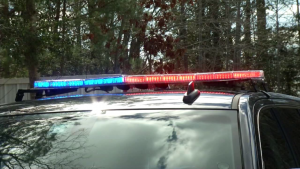 GEORGETOWN, Del. – Delaware State Police are asking for help finding the person involved in a hit and run accident that seriously injured a 12-year-old girl on Monday in Georgetown.

Police say around 11 a.m. Monday. a white truck was driving on Shingle Point Road, when an ATV carrying three juveniles came onto the road. Witnesses say the truck tried to swerve out of the way, but hit that ATV. That’s when police say a 12-year-old girl was ejected from the ATV and landed on the road.

olice say the driver of the truck stopped, checked on the juveniles, but then fled the scene.

Now they’re asking for the public’s help in finding that driver. The truck is described as a white truck with a black flatbed pulling a trailer with red wooden sides.

Anyone with information is asked to contact Delaware State Police at 302-856-5850.