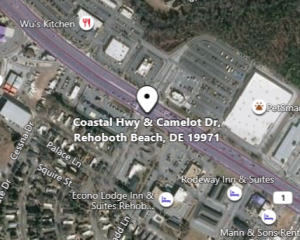 Investigators say just before 8PM, a 2020 Honda Civic driven by a 31-year-old New York woman was traveling southbound in the right lane of Coastal Highway. A 2015 Peace Moped being driven by a 61-year-old Rehoboth Beach man was traveling southbound in the bus/bike lane of Coastal Highway just behind the Civic. When the Civic took a right turn to go into the parking lot of the Cracker Barrel/Econo Lodge, it struck the moped. The moped operator was thrown from the vehicle.

The moped operator sustained serious injuries and was taken to a nearby hospital in critical condition. No one else was injured in the crash.

The right lane and bus lane of southbound Coastal Highway was shut down for about three hours while the investigation was conducted.

Anyone with information on the crash should call Cpl/3 Kenneth Argo by calling 302-644-5020. Information may also be provided by calling Delaware Crime Stoppers at 1-800-TIP-3333 or via the internet at http://www.delaware.crimestoppersweb.com

Community shares opinion on the reconfiguration of South Ocean Beach