Early morning shooting in Dover lands one man in the hospital 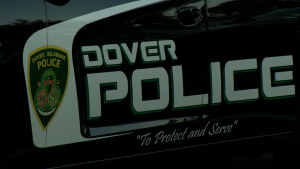 Dover Police are investigating an early Tuesday morning shooting, but the details of just what happened are vague. They say they responded to the 100 block of Loockerman Street just after 1AM for reports of an altercation. That’s where they found a large amount of blood in front of Irish Mike’s. Investigators say video showed a fight had happened in front of Irish Mike’s involving several people. While on the scene a 33-year-old man arrived at Kent General Hospital with a gunshot wound to his leg. Investigators say the victim was uncooperative, changed his story several times and told Police he didn’t want anyone arrested in the case.

Authorities say they interviewed several people on the scene and no one reported hearing gunshots in the area or seeing a gun.

Anyone with information on the case should call Dover Police at 302-736-7111. Callers can remain anonymous. Tips may also be submitted to law enforcement through Delaware Crime Stoppers at 800-TIP-3333 or online at delaware.crimestoppersweb.com; a cash reward is possible for information leading to an arrest.