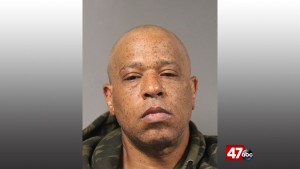 DOVER, De., – A Dover man is facing robbery and possession charges after police say he robbed a 58-year-old woman on Monday morning.

The incident happened in the parking lot of a 7-11 at 654 North Dupont Hwy., Dover, DE. Police say 49-year-old Timothy Jarvis pulled out a silver handgun and demanded the woman throw her cell phone under a car then give him cash.

After the victim complied, police say Jarvis fled on a bicycle heading south. When officers received a description of the suspect, they say found Jarvis, who matched that description, in the area of North Dupont Hwy.